On Sept. 11, country music superstar Brad Paisley will play at the 2015 Traditions Rally, right in the heart of the Baylor campus. The free, community-wide event celebrates the upcoming season before the Bears kick off the 2015 home opener against Lamar the next day.

The concert is part of Paisley’s “Country Nation College Tour Presented by Zaxby’s,” which also includes stops at Virginia Tech, Arkansas and Texas, among others. The evening will begin with a student-only tailgate, followed by the community pep rally, opening act The Raging Idiots (featuring Bobby Bones and Eddie from “The Bobby Bones Show”), and Paisley; a fireworks show over Pat Neff Hall will conclude the festivities.

In addition to the free concert, the Traditions Rally will include a Baylor football pep rally with the Golden Wave Marching Band, spirit squads and members of the Bears’ 2015 football team. After the concert, a fireworks show over Pat Neff Hall will close out the celebration.

The schedule, logistical details including parking information, and other information can be found on the Traditions Rally website. 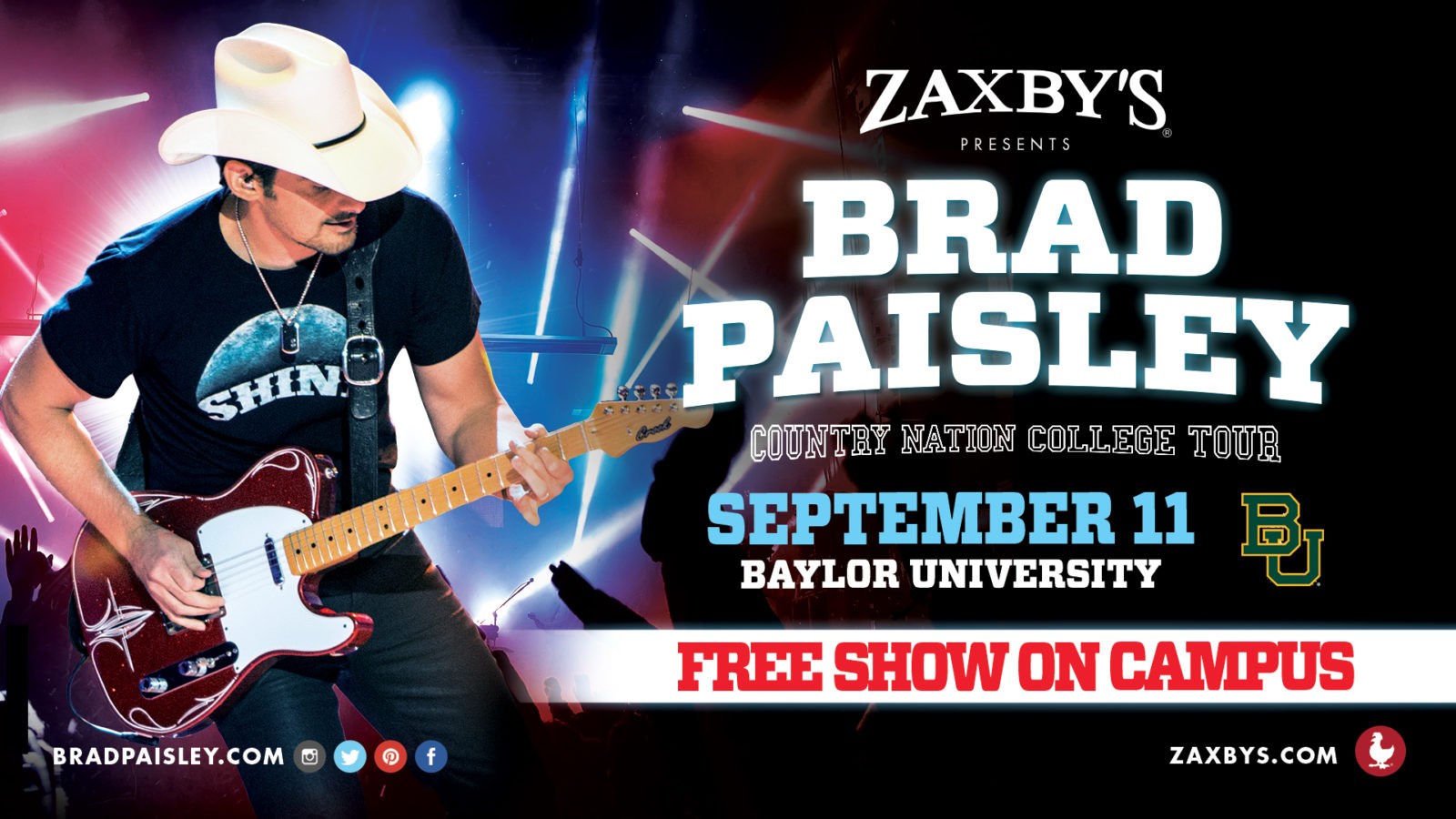