Brazos Nights are Back!

Each year the City of Waco Parks & Recreation department outdoes the last with bigger and better concerts along the Brazos River. For 30 years, the free Brazos Nights concerts have provided the Heart of Texas with good times and great music with a wide range of outstanding musicians. The concerts are held next to the historic Suspension Bridge, and people of all ages enjoy this festival-like atmosphere with food, beverages and vendors booths. 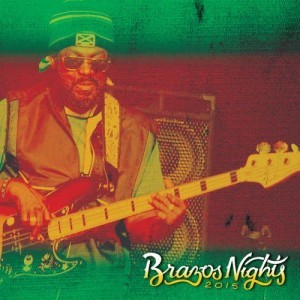 Friday, April 17th – The Wailers – Legendary. No doubt. Together with Bob Marley, The Wailers have sold in excess of 250 million albums worldwide. They’ve notched up over twenty chart hits, including seven Top 10 entries. Outside of their groundbreaking work with Bob Marley, the Wailers have also played or performed with international acts like Sting, the Fugees, Stevie Wonder, and Carlos Santana, as well as reggae legends such as Peter Tosh, Bunny Wailer, and Burning Spear.

Friday, June 12th – Lukas Nelson and the Promise of the Real and Cody Canada – For those who like just a little country twang with their rock and roll, wait no more. Lukas Nelson and the Promise of the Real are an American rock n roll group based out of California. Lukas first picked up the guitar at age 11 to honor a promise he made to his father and was able to teach himself the craft by playing along to classic Stevie Ray Vaughn and Jimi Hendrix songs. Now at age 24, Lukas is building his following the old fashioned way by touring year round and delivering high energy performances to fans across the country. The band has performed more than 400 shows in the past 3 years and have played with the likes of Neil Young, John Fogerty, Bob Weir, B.B. King, and Bob Dylan.

Can’t get enough live music on the river? Check out our Calendar of Events for information about events like Pints in the Park and Fourth on the Brazos!