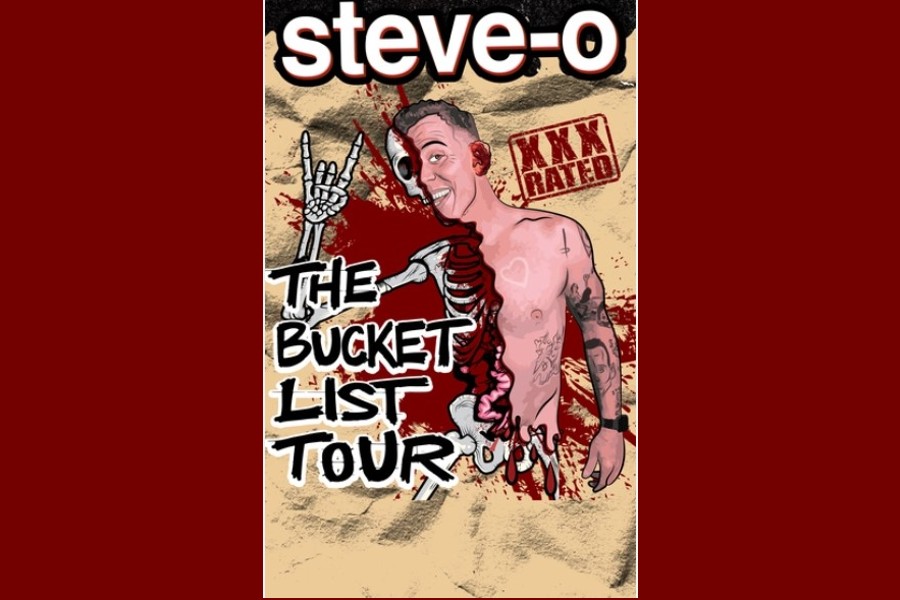 Every idea on Steve-O’s bucket list was so ill-advised that he never expected to go through with any of them. Until it was time to prepare for this tour.

Not only are the stunts more ridiculous than what you already know Steve-O for, he did them all, and made a multimedia comedy show out of them. Not for kids, or the faint of heart.

ADULTS ONLY 18+. This show contains graphic footage of sexually-explicit content, nudity, self-inflicted violence and drug use.