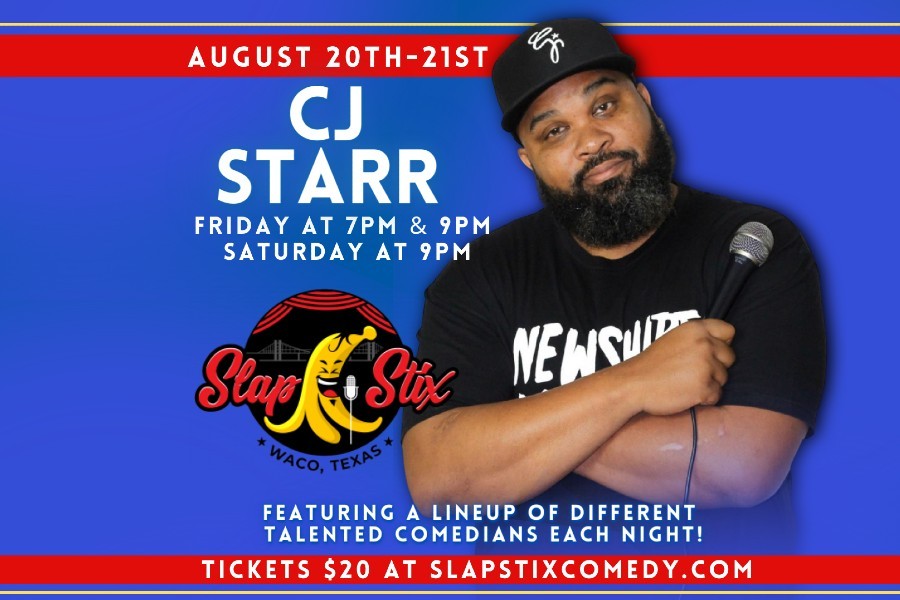 CJ Starr was picked to perform at The Odd Ball Comedy festival, Gilda’s Laughfest, East Texas Comedy Festival – where he was voted Crowd Favorite twice – and was voted Top 40 in The World Series of Comedy. He also headlined one night at The Amsterdam Comedy Festival in Dallas. He has continued to expand his comedic talent as a writer and actor for the soon-to-be released Web series “Giggle-Lows.”

Starr has appeared on Fox Laughs four times and can be seen on Hulu. He has a Podcast called “Dad Bodies of Comedy” where he interviews comedians and others.