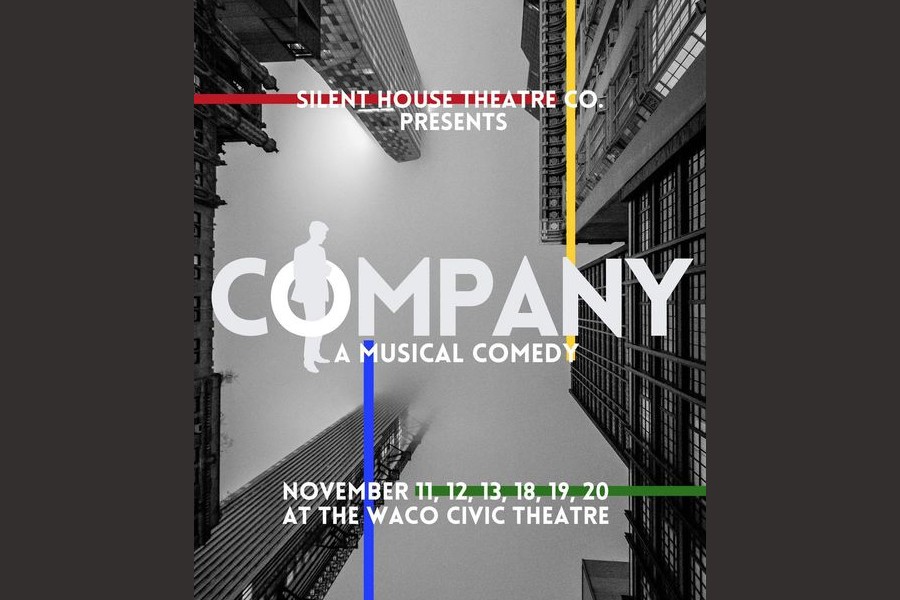 Silent House Theatre Company and Waco Civic Theatre are collaborating again with the production Company. On the night of his 35th birthday, Robert struggles to think of a wish to make as he blows out his birthday candles. The lone bachelor, surrounded by “those good and crazy people” — his married friends — Robert is uncertain whether he should simply be happy with his lot or whether he should wish for his own romantic partner. Over a series of dinner parties, first dates, and thoughtful conversations, Robert attempts to understand the pros and cons of marriage from his diverse and frequently hilarious friends, and begins to make sense of his own persistent bachelorhood. Company, Stephen Sondheim’s groundbreaking modern musical, is a mature, intelligent, and wildly funny look at relationships, vulnerability, and “being alive.”