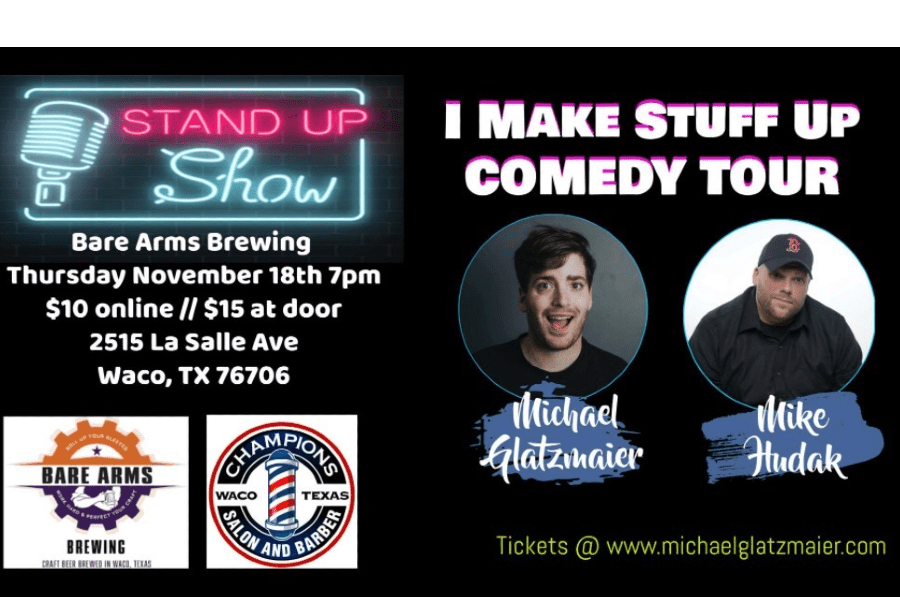 Join Michael Glatzmaier and Mike Hudak for a night of musical comedy and stand up!

Michael has performed his musical comedy show from Vancouver, BC to New York City, and he has a Dry Bar comedy special coming out soon! He has performed at Bumbershoot and The Seattle Festival of Improv. Michael is currently touring his show, “I Make Stuff Up,” where every song is created on the spot based on audience and audience suggestions.

Large. Loud. Angry. Mike likes to illuminate his dark sense of humor with a bright neon sign. Perhaps that’s why the former professional wrestler from Boston once got in trouble – when he was 12 – for laughing hysterically during his fathers funeral. He enjoys exploiting his drinking and other substance issues for fun. But don’t feel bad for him, just point and laugh. Mike has been featured in clubs, bars, small theaters and rooms nationwide, even Alabama, where he is allowed back after completion of a sensitivity course. No other details are available at this time.

Must be 21 years of age or older