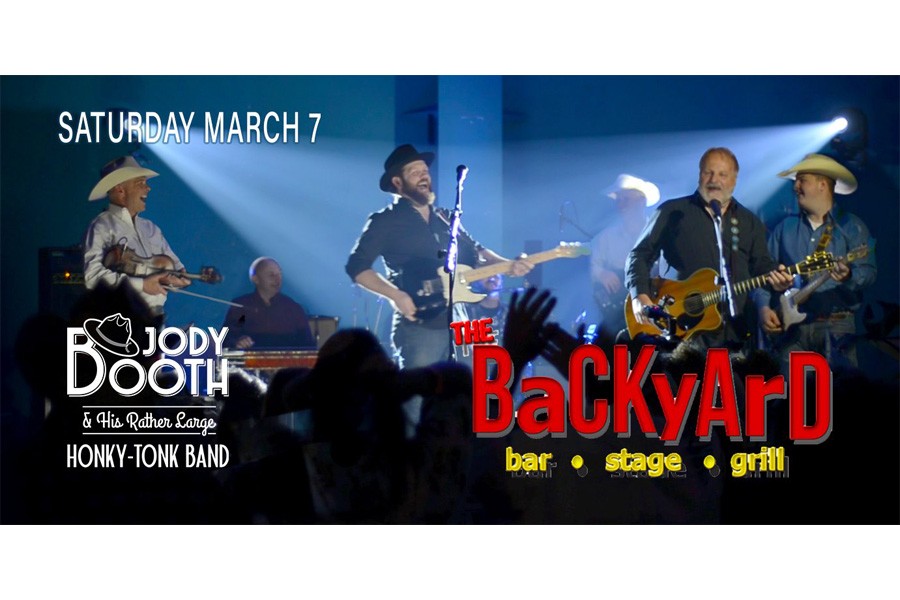 Jody Booth at The BaCKyArD

The Backyard welcomes Jody Booth & His Rather Large Honky-Tonk Band for a debut performance!

Jody Booth, “Country Artist Of The Year” at the 2019 H-Town Music Awards, is proud to be known as a traditional country artist. He’s dedicated his music career to creating what he calls “Real Country Music.” His top-ten single “Life Of My Love” was recently followed by “Gotta Go Back To Work” which is currently rising in the Texas charts. Jody says his greatest musical influences remain, “My Momma and Merle Haggard, God rest his soul.”

Jon Wolfe at the Backyard!

Cody Canada at the Backyard!

Micky & the Motorcars at the Backyard!

Curtis Grimes Live at the Backyard!