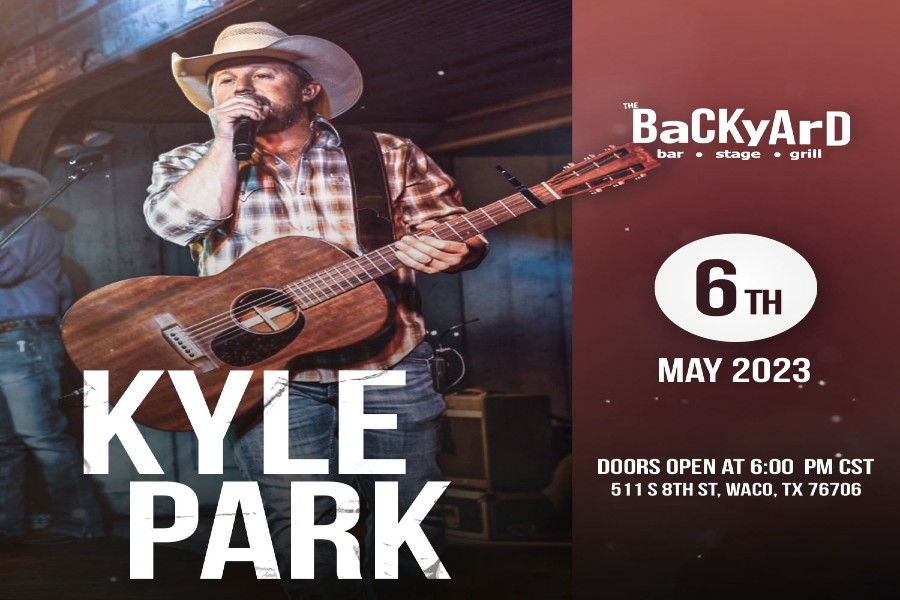 Growing up during a time when mainstream radio could still show love to throwbacks, Kyle Park was soaking up the tunes of Roger Miller, Merle Haggard, George Jones and the list goes on. It was his Dad that introduced him to classic country, the lyrically driven storytelling of Opry legends that would eventually help mold him into the artist that he is today.

After the loss of his dad in 1998, Kyle found healing in country music. He picked up a guitar at the age of 14 and never looked back, with his first paid gig coming one year later. At the time, he couldn’t see far enough down the road to realize that he was beginning a career as a singer/songwriter.

“I was really only focusing on playing country music. That’s all I wanted to do at the time, and all the time. I made my first record simply because I wanted to record the songs I had written. I hadn’t grasped that this was ever going to take me where it has, on an indescribable musical journey.”

By the time he had released his debut album (‘Big Time’) in 2005 at the age of 20, Kyle was performing hour-long shows with more than fifty-percent of his own music. Coming a long way from performing for his family in the backyard, this young man from Leander (north of Austin) was quickly becoming one of the hottest names in the Texas country music scene.

Thirteen years into his professional career, Kyle and his band have played in more than five countries, playing shows from Alaska to Germany, and frequenting more than a dozen states on a regular basis.

So, where do you go from here? Back where you came from!

Kyle’s latest project, his sixth studio album Don’t Forget Where You Come From leans exactly in the direction you would expect.

Inspired by the style of music he grew up listening to, this new album is a return to Kyle’s signature neo-traditional country sound brimming with honkytonk-fueled fiddle, pedal steel and searing guitar riffs punctuated by his most honest and contemplative lyrics to date.

Don’t Forget Where You Come From is Kyle’s reaffirmation record, focusing back on the storytelling side of country music.

“I believe that this record carries more meaning and much better stories than anything else I’ve released. It’s a storytelling album, what I believe country music is and has always been: lyrics first.”

Recorded in Austin at Ray Benson’s Bismeaux Studio, Don’t Forget Where You Come From was produced by Park and boasts nine original tracks written or co-written by Park, along with one cover tune.

Kyle has worked hard to develop himself as a writer and a producer, making regular trips to Nashville for writing sessions and producing music for other artists as well as his own.

Even though this newest release is Kyle’s way of bringing things full-circle, we can’t expect any signs of things slowing down.

“I’m a “lifer.” I was fortunate enough to find my passion very early in life.”

With six records under his belt, it’s safe to say that there is plenty more to come down the road.