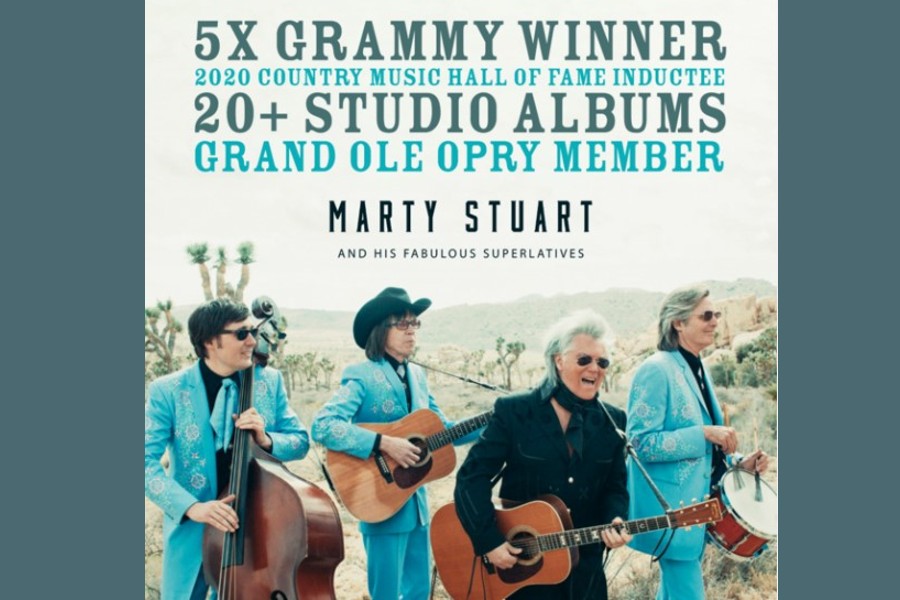 While he’s too gracious to admit it himself, Marty Stuart IS country-music history. A Grammy-award winning singer/songwriter, he’s played alongside the masters, from Cash to Lester Flatt, who discovered him.

Stuart continues to record and release relevant music, records that honor country’s rich legacy while advancing it into the future. Way Out West, his 18th studio album, hits both of those marks. Produced by Mike Campbell (of Tom Petty and the Heartbreakers), the album is a cinematic tour-de-force, an exhilarating musical journey through the California desert that solidifies Stuart as a truly visionary artist.

When it comes to transforming country songs into tangible experiences, Stuart has a secret weapon: the Fabulous Superlatives. Made up of guitarist Kenny Vaughan, drummer Harry Stinson and a new member, bassist Chris Scruggs, the Superlatives are an extension of Stuart himself.