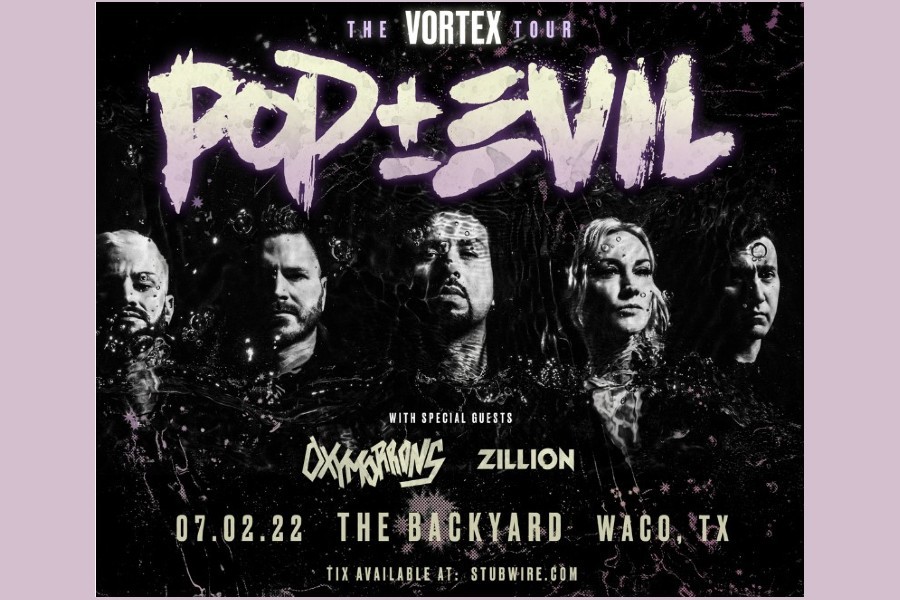 Pop Evil is an American rock band formed in Michigan in 2001 by Leigh Kakaty. The band’s roots reside in TenFive, a group formed in the late-1990s by Kakaty and guitarist Jason Reed.

Pop Evil won the Radio Contraband Rock Radio Award for “Song of the Year” for “Trenches” in 2013.