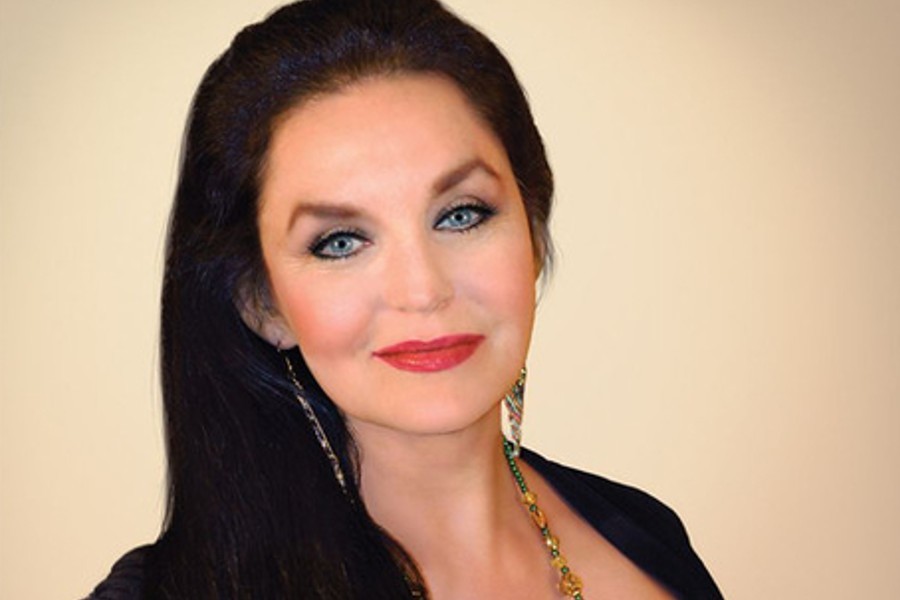 Crystal was inducted into the Grand Ole Opry as a member in January 2017 by her sister Loretta Lynn. The Academy of Country Music recognized Crystal with a 2016 Cliffie Stone Pioneer Award for her lifetime achievements in country music. These honors are fitting tributes to Crystal who has been a favorite of audiences of country and popular music since attaining national prominence with her first chart records in the mid-seventies. Crystal has released more than 20 number one hits and has been awarded recognition by the Grammy Awards, the Country Music Association, the Academy of Country Music, the American Music Awards, and the American Music Operators Association.

Crystal is currently in the studio finishing a new album that will be released later this year. The album will contain classic country songs that had special significance to Crystal in her youth. Crystal’s most recent album, All My Tomorrows, complements her country heritage. It was released to outstanding critical response and is a collection of classic American standards. The album is an enjoyable masterpiece that bonds her familiar crystalline voice and mature vocal styling with some of the greatest songs of our popular music heritage. “I feel honored to perform these favorite songs that any artist loves to sing, songs with timeless beauty.”

Alcohol and beverage sales will be available. *There will be no food ser