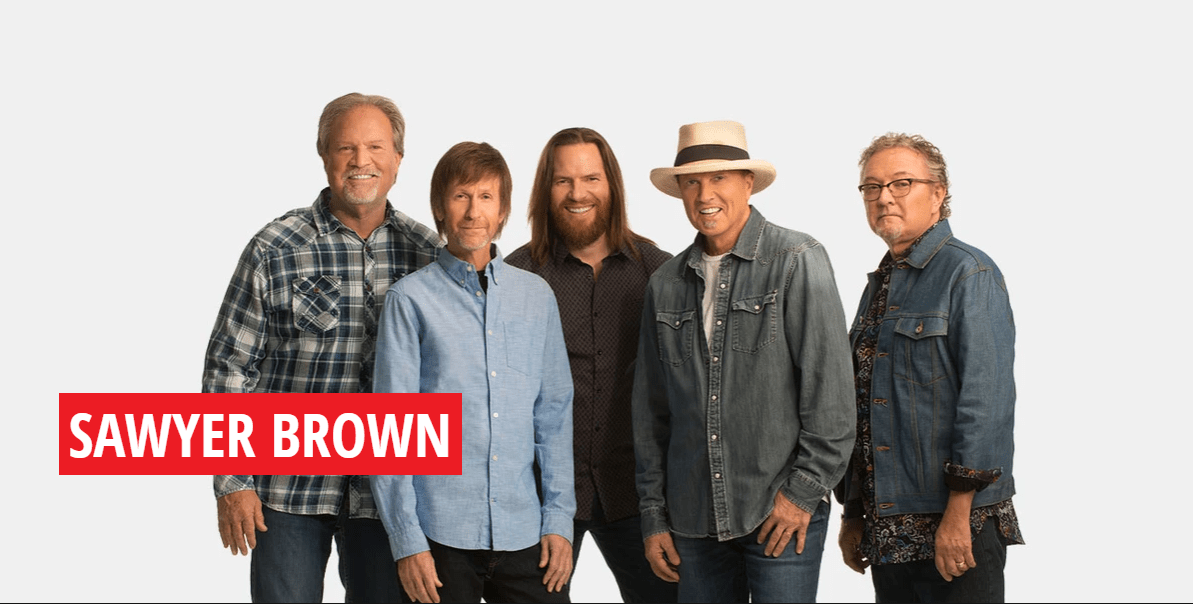 Sawyer Brown is a country music band formed in 1981 at a Pizza Hut restaurant in Apopka, Florida. They first called the band “Savanah,” but renamed themselves “Sawyer Brown” after Sawyer Brown Road, the street where they rehearsed. The band played up to five sets a night, six days a week, until they auditioned for the TV show “Star Search” in 1983. They auditioned just to get the videotape to promote the band, yet ended up winning the $100,000 grand prize and record contract.

The band signed with Capitol Records and scored a Top 20 hit in 1984 with their first single, “Leona.” That success was quickly followed by their first #1 hit, “Step That Step.” Sawyer Brown’s success is largely due to its live performances. Fans flock to concerts year after year, whether the show is in a stadium, a state fair, or a casino.