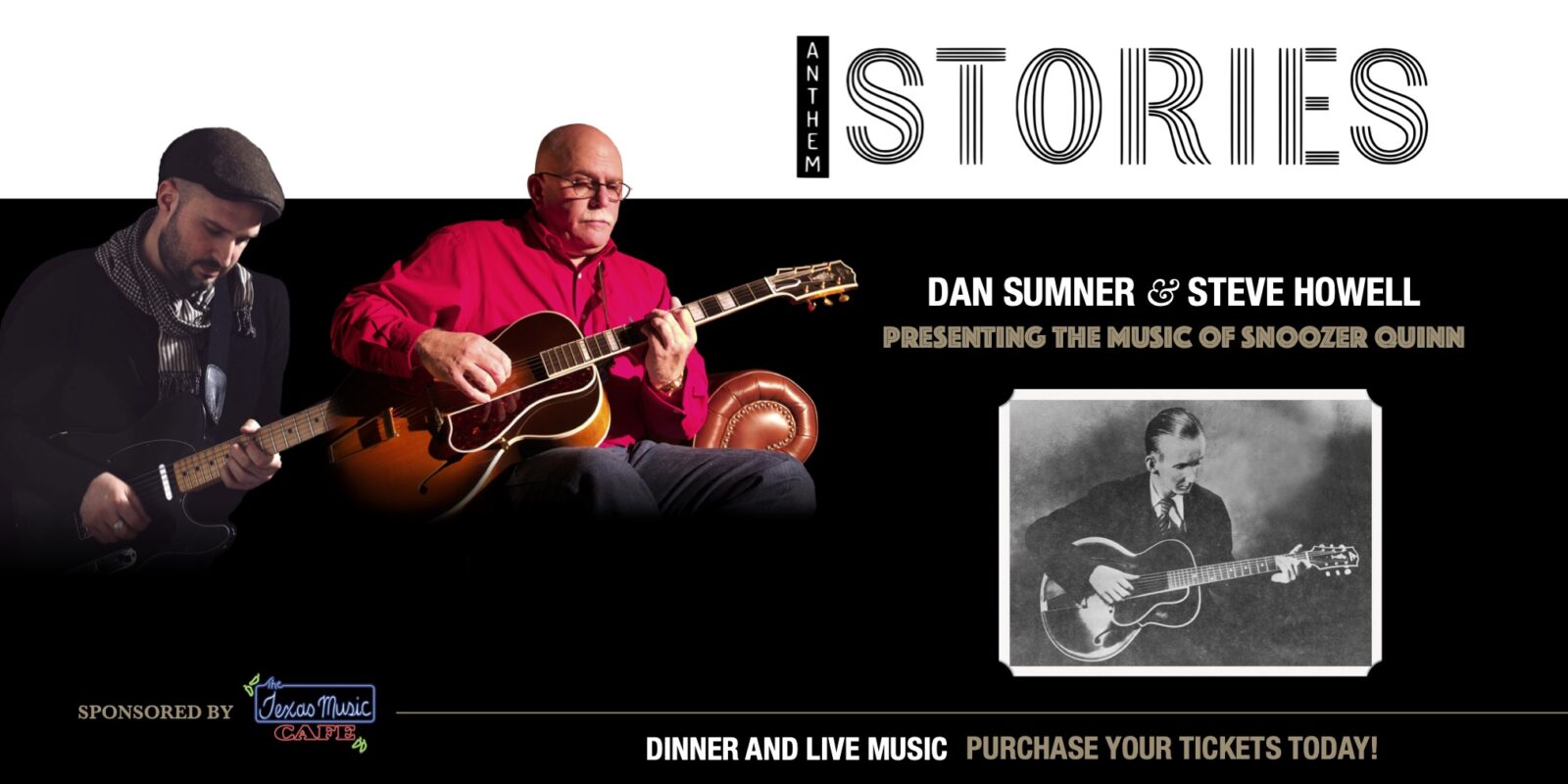 Step into the story of early jazz guitarist Snoozer Quinn, a Louisiana native and known to jazz greats like Louis Armstrong, Paul Whiteman, and the Dorsey Brothers. To celebrate this musician, STORIES’ Executive Chef & Anthem Team will be serving a dinner inspired by both Quinn’s Gulf Coast home and the 1930’s. Experience an intimate evening unlike any in Waco only on September 22!

Steve Howell and Dan Sumner will share both Snoozer Quinn’s story and perform his music that was nearly lost to history. The duo has been playing jazz and blues together since 2015 and have more recently started including Quinn’s music following the release of Dan Sumner’s biography on the musician!