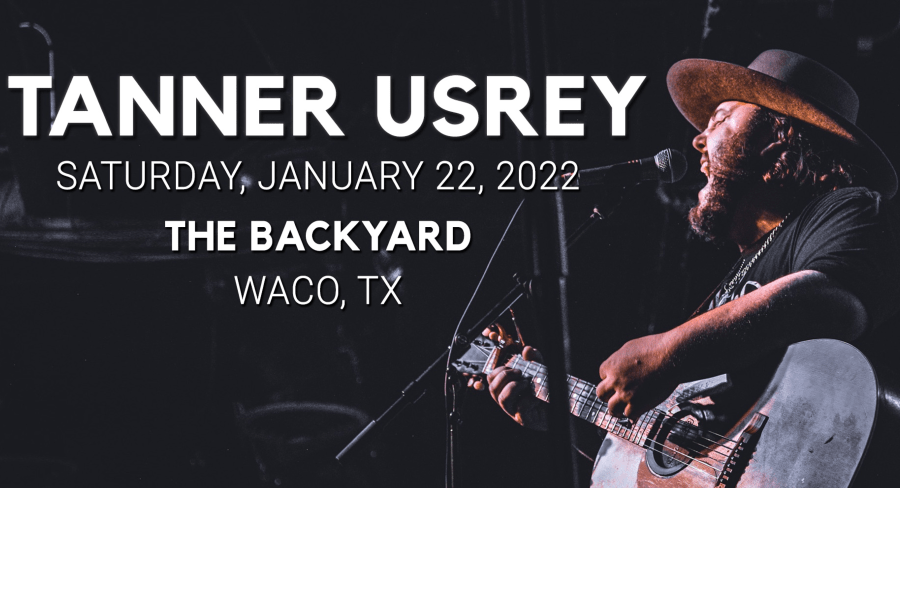 Tanner Usrey is a singer and storyteller with a vocal styling all his own. Starting his career in 2013, Tanner performed alongside his brother, Tim, as “The Usrey Brothers.” In 2017, Tanner made his solo debut and quickly became a figurehead in the Texas Country Twitter scene with his acoustic video series. Usrey released his first EP titled “Medicine Man” in 2019. Since beginning his career, Tanner’s style has developed into a soulful, country-rock sound that has built him a strong following across streaming platforms with over 20 million streams.

Following the success of his solo project, Tanner has performed at many notable venues and festivals sharing the stage with some of Texas Country’s top acts including Stoney Larue, Casey Donahew, Cody Canada, Randall King, Brandon Rhyder, and Walt Wilkins. Taking that momentum, Tanner has gone on to open for notable artists such as Ward Davis, performing out West in August of 2021. Most recently, Tanner was recognized as Peacemaker Festival’s first Emerging Artist, providing him the opportunity to record an EP with SOL Studios and open for Lucero.

The SOL Sessions EP released Friday, September 17th, 2021, and features 5 songs that showcase Tanner’s talents as a writer. His diverse artistry is juxtaposed by energetic songs like “Time Bomb” and softer, more intimate melodies as heard in “With You.” Tanner weaves together heartfelt lyrics that tell stories people will easily find themselves connecting with and thinking about long after the song stops playing. From catching the eye of someone at a bar to fighting and making up with your lover or self-reflecting and allowing yourself to change, Usrey’s newest EP has a song everyone can relate to.