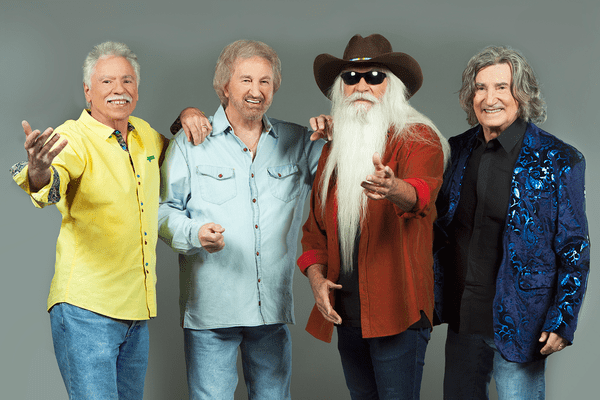 Few country music groups have had the enduring popularity, cultural significance or crossover success of The Oak Ridge Boys, a vocal harmony quartet that started out in traditional country and gospel during World War II and evolved with the times to help popularize and modernize country music far beyond traditional genres and regional lines. Theirs is one of the most distinctive and recognizable sounds in the music industry. The four-part harmonies and upbeat songs of The Oak Ridge Boys have spawned dozens of country hits and a Number One Pop smash, earning them Grammy, Dove, CMA, and ACM awards and garnered a host of other industry and fan accolades.

Every time they step before an audience, the Oaks bring four decades of charted singles, and 50 years of tradition, to a stage show widely acknowledged as among the most exciting anywhere. The group has scored 12 gold, three platinum, and one double platinum album — plus one double platinum single — and has had more than a dozen national number one singles and over 30 Top Ten hits.

Alcohol and beverage sales will be available. There will be no food service for this show.