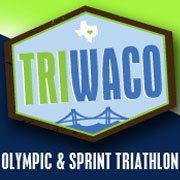 Waco is the home of the first triathlon ever held in the state of Texas.  Many triathletes considered the Waco Triathlon the best in Texas. Since that time, it has grown into what is now known as TriWaco – a USA Triathlon sanctioned Olympic & Sprint distance event in the Heart of Texas.

2013 will host a maximum of 1,000 athletes and includes a swim under the Suspension Bridge, a country ride in the heart of Texas, and a run through Cameron Park

Inflatables, popsicles and temporary tattoos will be available at the H-E-B Children’s Area from 7 to 11 a.m. near the Suspension Bridge finish line.