The Waco Convention & Visitors Bureau has released a new map called “Historical Markers of McLennan County.” This map includes six new historical markers from the Texas Historical Commission’s database. The map is free, and is available at the Waco Tourist Information Center, 106 Texas Ranger Trail, next to the Texas Ranger Museum. The map is suitable for framing. One side pictures the historical markers of McLennan County, and the other side enlarges the downtown Waco area and its markers.

The map shows that downtown Waco has 92 historical markers, and the county as a whole has 120 markers, for a total of 212.

Pick up your copy of the map at the Tourist Information Center. They are open Monday through Saturday, 8am to 5pm. Make exploring Waco and McLennan County part of your Waco visit! 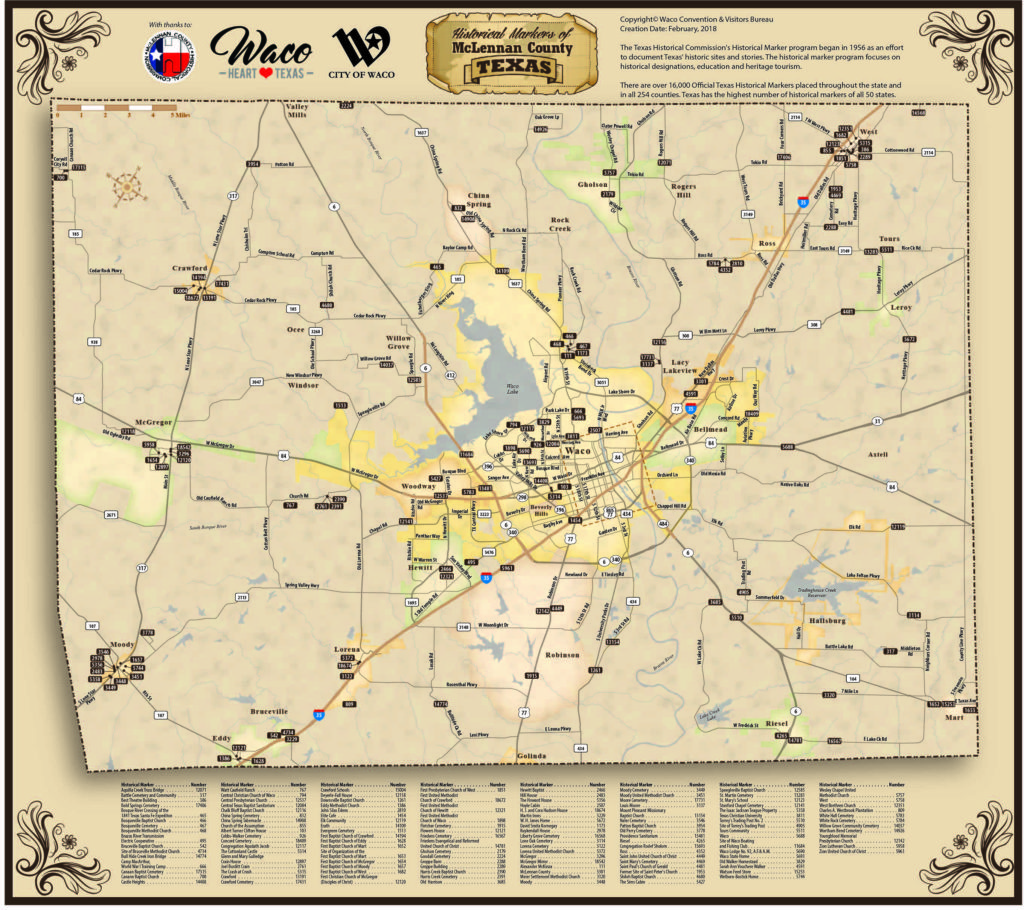 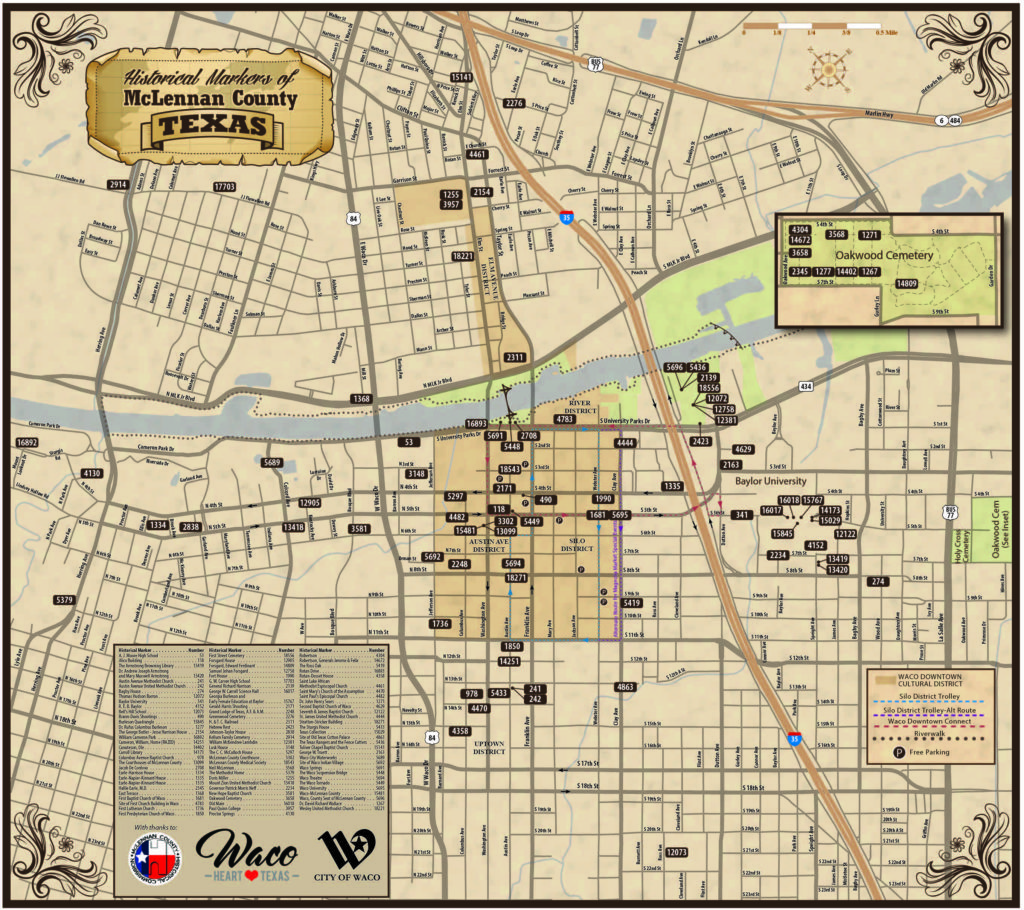