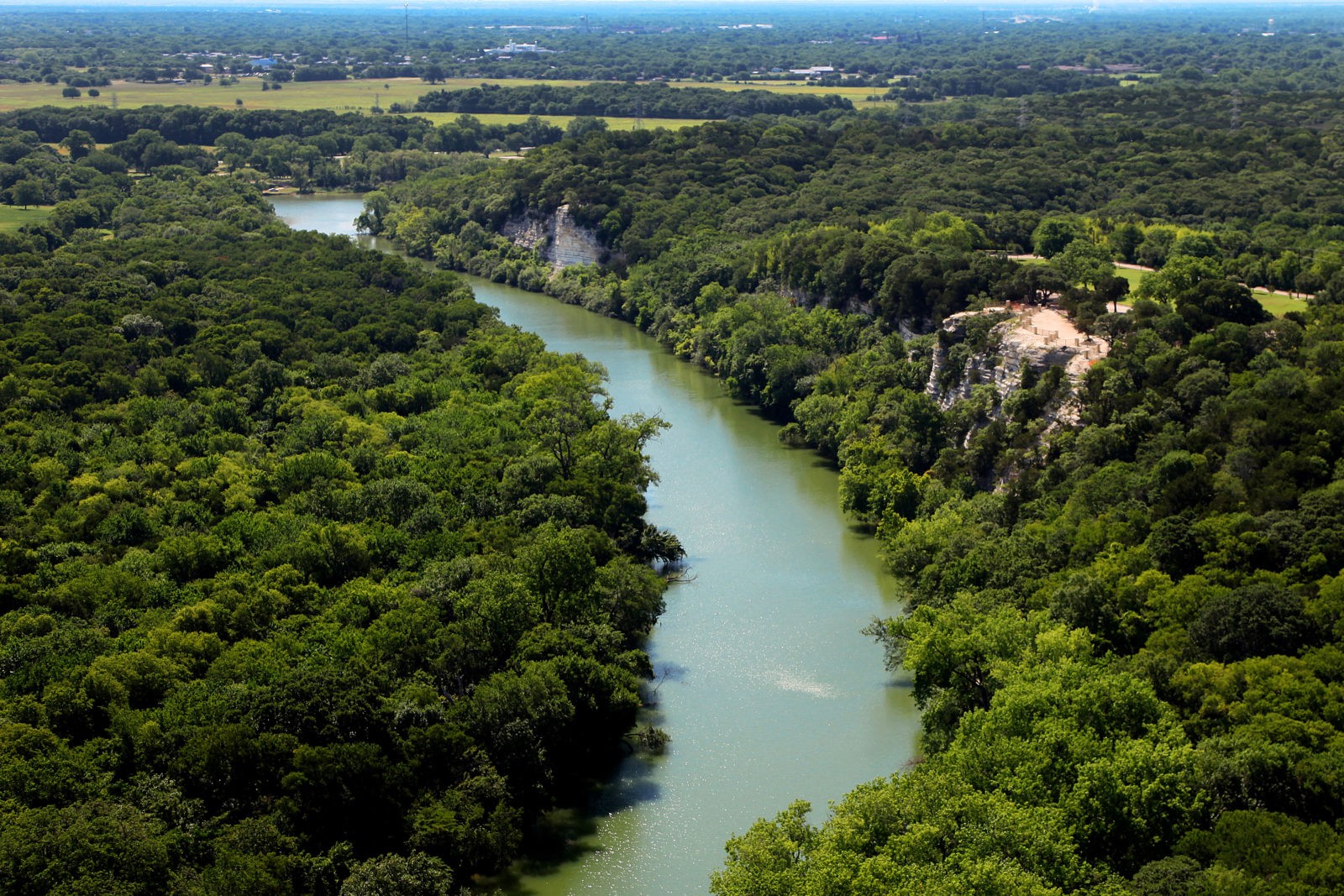 The Bosque River (pronounced BOSS-kee) is a 115-mile long river in Central Texas fed by four primary branches. The longest branch, the North Bosque, forms near Stephenville, and flows toward Waco through Hamilton, Bosque and McLennan counties. It is joined by the East Bosque in Bosque County and the Middle and South Bosque Rivers near Waco. The river flows into the Brazos River, and is dammed to form Lake Waco.

Merges with the Brazos at Cameron Park