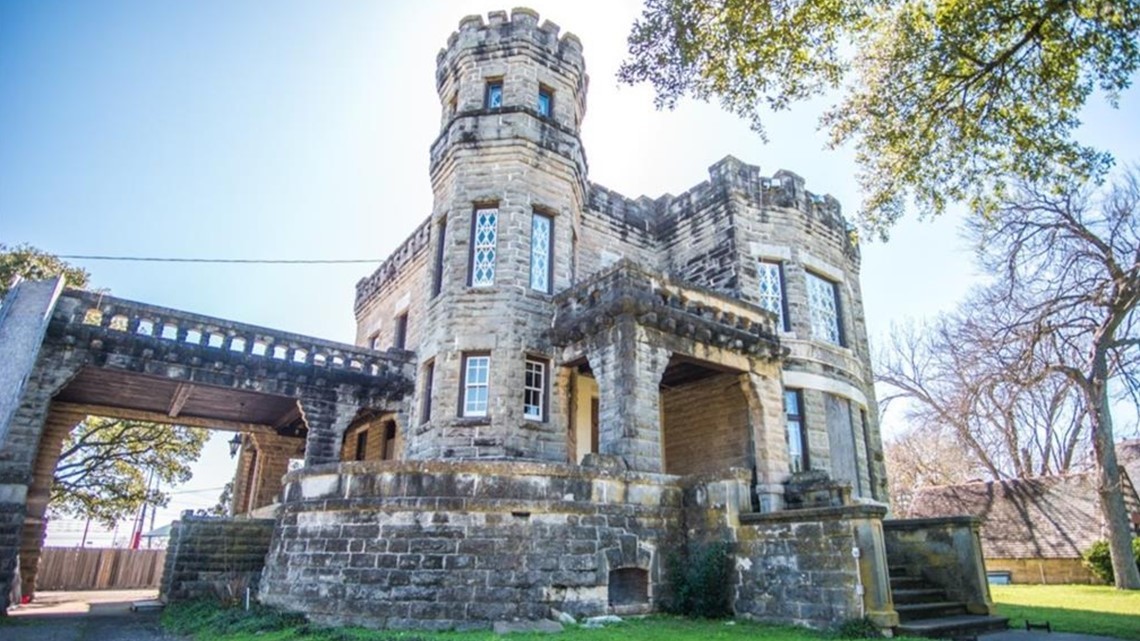 In 1890, local stone contractor John Tennant decided to build a new home after striking a deal with banker J. W. Mann. The deal provided Tennant with a plot of land in exchange for a stone obelisk to mark the Mann plot in Oakwood Cemetery. Tennant took the leftover stone from his latest construction job and used it to begin construction on his new home, then located on the outskirts of the Waco.

Falling on lean years, Tennant sold the unframed house to cotton broker Ripley Hanrick in 1906 under the agreement that Tennant could continue to do the stonework on the house. However, when financial difficulties continued, the pair abandoned the house in 1908.

A few years later Roy E. Lane was hired by a group of investors to transform the frame into a castle, complete with three stories and a basement, eight fireplaces, servants’ quarters, and a tower. Modeled after a small German castle along the Rhine River, white sandstone and small amounts of limestone composed the exterior of the house. The interior accents varied by room and floor, including imported materials such as Caen stone from France, Carrara marble from Italy,  and Honduran mahogany paneling.

In 1941, Irene Pipkin, whose family owned the Pipkin Drugstores, purchased the home. When she passed away, the castle passed to her daughter, Pauline Pipkin Garrett, Waco’s first female pharmacist. Pauline and her husband Barney Garrett resided in the home for many years.

After Pauline passed away, her will stated that Garrett could retain the home until he no longer wished to reside in it. When Garrett decided to move out, the home entered its only period of public use when it passed to the Austin Avenue Methodist Church. The church found the home to be an ideal place to host youth events, but the expense of keeping up the home soon became too great. The church sold the home to Jack Schwan in 1969 for $50,000.

The Schwan family made many repairs and renovations. In 1977, the Schwans applied for and received a historical marker for the home. The family attempted to sell the castle in 1982, believing it to be worth close to $1.25 million after the renovations. In 1991 the property sold after a drastic price cut. Over the next two decades, the home passed through various owners’ hands and fell into disrepair. Many owners found the castle too large and in need of too much maintenance to be a financially feasible home. In 2014, the home sold again and a new group led by Oxford scholar Dirk Obbink took on the renovation project.

In 2019 Cottonland Castle was purchased by Chip and Joanna Gaines. Click here for castle tour information.