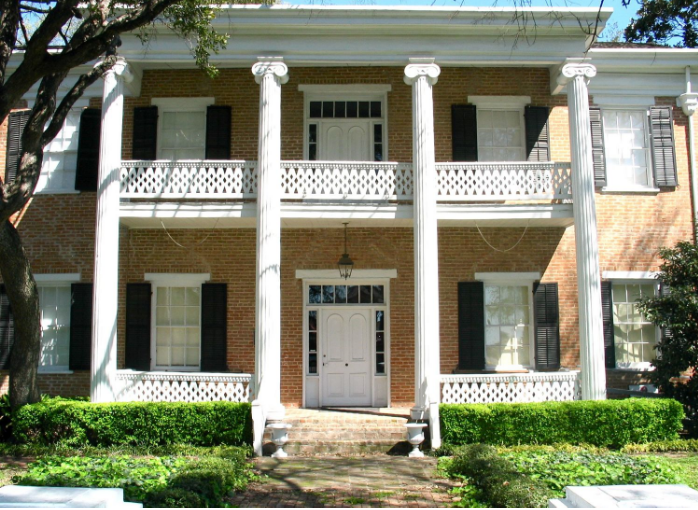 In 1855, John Baylis Earle moved to Waco from Alabama and began construction on one of the earliest brick homes of Waco.  Mr. Earle briefly served in the Confederate Army, but had to leave due to his poor eyesight.  In 1866, Earle moved his family to East Waco. In 1868, after the Civil War,  Dr. John Smith Napier, Sr. sold his plantation in Alabama and moved to Waco.   Dr. Napier’s daughter, Sarah, who often times went by Sallie, married Reverend David C. Kinnard, Jr. and the two moved into the home subsequently inheriting it. The Reverend and Mrs. Kinnard continued to reside in the house with their three children. The last two residents in the house were Miss Mary Kinnard and Miss Kate Kinnard.  Miss Kate worked as a secretary and Miss Mary tended the house.  The two sisters claimed separate paths out the front gate; one to the right and one to the left.  When Miss Kate died, they started to take her out by the way of Miss Mary’s path.  Miss Mary stopped them and said, “Oh no! The other path is Miss Kate’s.”  This house is in Greek Revival Style and reflects the typical style residence of a successful business man in the early days of Waco.  Many pieces in the home are original including the original ceiling lamp in the entrance hall and the Lincoln rocking chair in the South Parlor.