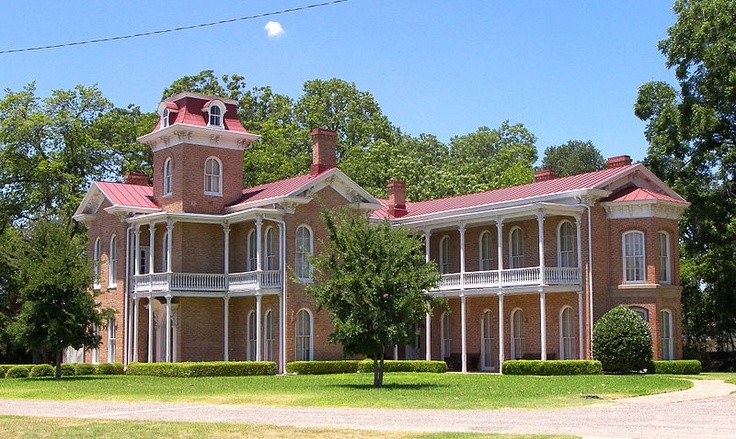 Every princess needs a castle! After moving from Tennessee in 1858, industrialist J. W. Mann built this beautiful house for his bride, Cemira.  In 1874, J. W. Mann, his wife, and their two young boys, Howard and J. W. Jr., moved into East Terrace.  Mr. Mann was involved in several businesses, including the brick company that furnished the bricks used in constructing the Waco Suspension Bridge serving as a pivotal economical, cultural, and overall landmark for Waco.  The architectural style of this house is Italianate Villa. One of the character defining architectural components of this style of architecture is the tower room. Here,  Mr. Mann could survey his acreage. He later built an “Entertainment Wing” which included a ballroom. Parties in the East Terrace ballroom were a grand event.  As an adult, Howard Mann recalled the beautifully dressed women and their handsome escorts dancing at the Summer Balls.  Extra stable boys had to be hired to take care of the 50+ carriages and their horses.  Many objects and furnishings within this home are original to the Mann family including the cast iron bathtub in the bathroom.