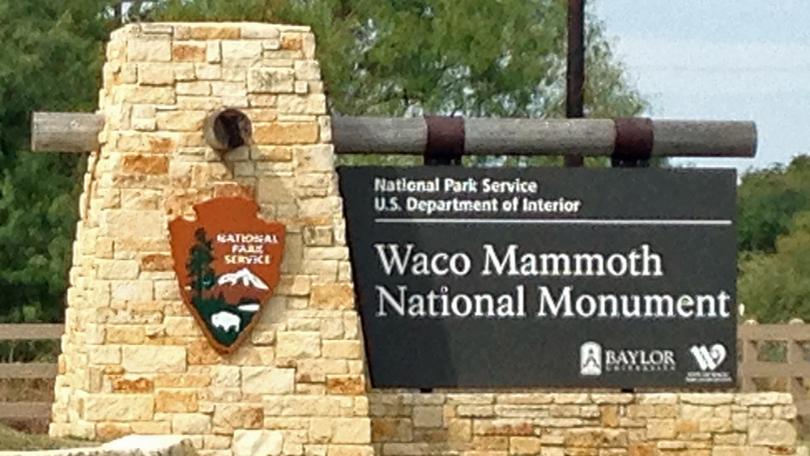 Note: National Park passes do not apply to guided tour fees. Access to the Dig Shelter is by guided tour only.

The story of the Waco mammoths has captured the imagination of central Texans for almost 30 years. Investigation of the site began in 1978 when Paul Barron and Eddie Bufkin first discovered a bone protruding from an eroding creek bank and reported it to the Baylor University’s Strecker Museum staff. By 1990, fifteen mammoths had been identified, their remains preserved and removed. During the clean-up of the dig site, another bone was found which has led to the discovery of ten additional mammoths, a camel, and a young saber-toothed cat’s tooth. Boreholes in the site area indicate that additional mammoths have yet to be unearthed.

In 2006, plans were initiated to make the site a public park. With the support of the Waco Mammoth Foundation, this goal became a realityin 2009, and was designated a National Monument as part of the National Parks System on July 10, 2015.

The Waco Mammoth National Monument now includes a breathtaking dig shelter that creates an atmosphere of an art gallery. Natural light floods into the shelter from all directions and a suspended walkway provides a stunning overhead view of the mammoths.

The site also features a scenic trailway complete with benches and rest areas where visitors can reflect on what life was like during the age of the mammoths.