We are the home of the Texas Ranger Hall of Fame & Museum, and then in 2015, we became home to some National Park Service Rangers at the

Texas Sports History – like Texas history itself – is dominated by athletes who were larger than life. But few were bigger than Nolan Ryan, whose seven no-hitters may be the one truly unbreakable record in sports. Ryan has as many no-hitters as the next two pitchers in the record books combined. His 5,714 strikeouts are also a major league record.

Ryan was inducted into the Texas Sports Hall of Fame in 1985 and the National Baseball Hall of Fame in 1999. In addition to his involvement in a number of successful business ventures, he remains connected to baseball, serving as an advisor to the owner of the Houston Astros. 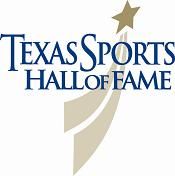 About the Texas Sports Hall of Fame

The Texas Sports Hall of Fame and Museum chronicles the heroes and legends of Lone Star State sports at all levels, including high school standouts, Olympians and professionals. Museum hours are 9:00am-5:00pm Monday-Saturday.