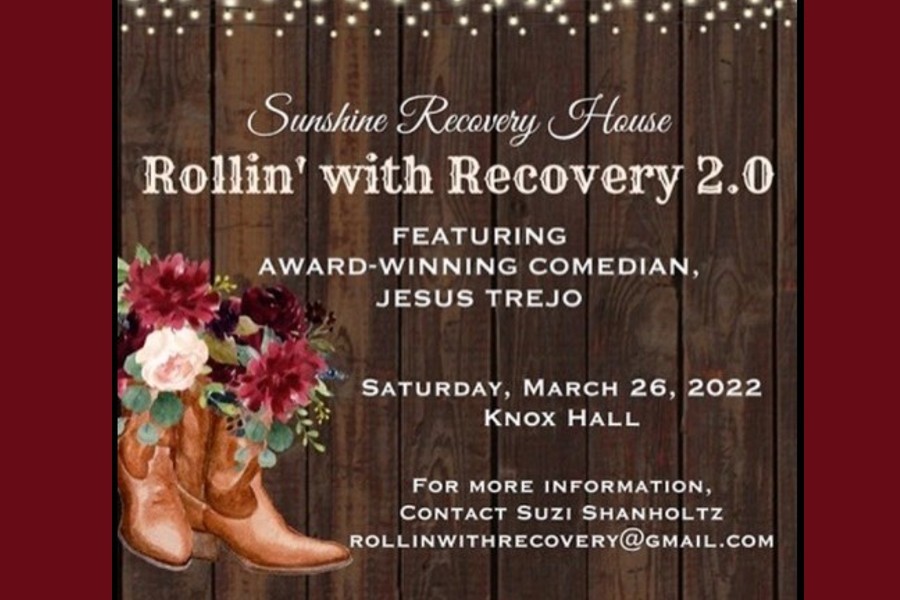 Grab your friends and family for an entertaining night out supporting Waco’s Sunshine Recovery House! It’s going to be an incredible night of fun, food, and laughter with delicious barbeque from Helberg’s and entertainment from award-winning comedian Jesus Trejo.

Sunshine Recovery House provides a healthy, stable space for women working their way out of addiction. The goal is to help women take their place as thriving, contributing members of the community.

Jesus Trejo is one of the fastest-rising names in the stand-up comedy scene. Born and raised in Long Beach, Trejo’s first stand-up special, “Stay at Home Son” for Showtime, aired in the summer of 2020. He has a recurring role on the Netflix series “Mr. Iglesias” and has appeared on other television series. He is the host of “Tacos Con Todo,” a series in which he navigates the Los Angeles taco scene with celebrity guests. He is a paid regular at the Comedy Store in LA.