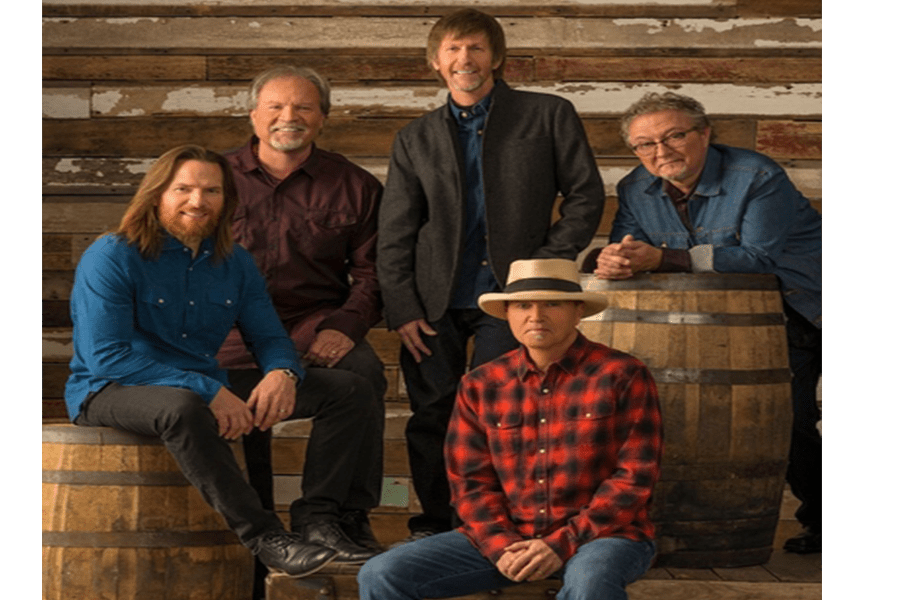 Sawyer Brown is a country music band formed in 1981 at a Pizza Hut restaurant in Apopka, Florida. They first called the band “Savanah” but renamed themselves “Sawyer Brown” after Sawyer Brown Road, the street where they rehearsed. The band played up to five sets a night, six days a week until they auditioned for the TV show Star Search in 1983. They auditioned just to get the videotape to promote the band, yet ended up winning the $100,000 grand prize and record contract.

The band signed with Capitol Records and scored a Top 20 hit with their first single, “Leona,” in 1984. That success was quickly followed by their first #1 hit, “Step That Step”. The band had their ups and downs on the charts throughout the 1980s. But radio success was not really Sawyer Brown’s strong suit. It never was. Rather, they have been successful due to their live performances. Fans flock to the band’s concerts year after year, whether the band performs in a stadium, state fair, or casino. The live shows, more than anything, sustained the band until 1989’s remake of the George Jones hit “The Race Is On” put them back near the top of the charts.

Please note: we are working with a local nonprofit organization, Arts for Tomorrow, to process our ticketing. You will see their name on bank statements for any tickets you purchase.

All sales are final. All official event tickets are sold through ThunderTix.com, and the Waco Hippodrome is not responsible for issues with resold tickets or tickets purchased from another source. In the case of a cancellation from the venue, a refund will be automatically issued. By attending this event, you are subject to being searched before entering. No outside food or drink will be permitted inside the venue.

Requests for a qualified sign language interpreter for a scheduled event should be made at least fourteen (14) days before the event. While WHI will attempt to arrange a qualified sign language interpreter on shorter notice, we cannot guarantee availability. Requests must be made in writing to Waco Hippodrome, Inc., Attn: Ryan Higgs, Programming Director, P.O. BOX 1818, Waco, TX 76703 or ryan@wacohippodrometheatre.com.

There will NOT be DINNER SERVICE in the Orchestra room or balcony, but please feel free to order anything from our restaurant to-go! Outside food and drink will not be permitted.

Back to the ’80s Starring Michael Hix